Hong Kong real estate market: The price dropped sharply because of the murder

Although Hong Kong (China) is considered one of the most expensive real estate markets in Asia, not every house or apartment is easy to buy and sell, because people have psychological avoidance of “haunted” house – where an unusual death occurred.

Executive director of Midland Real Estate Company in Hong Kong said that in houses where there have been unusual deaths, investors often have to rent 10-20% less to attract customers and billions. The discount rate could double if there is a social commotion. Because, the Chinese people believe that the house where the murder occurred is often haunted and not lucky if rented, bought to live.

A resident of J Residence said, people living here are mostly foreigners and expressed to reporters that: “It is really a shock, because people never think of things like this happens in Hong Kong”. The renting price of apartments of the Rurik Jutting suspect may be halved (previously about 29,000 HKD/month) even though this apartment has been cleaned up, an anonymous director of the common property company, Resident J Residence said. If the killer’s apartment was sold to the market soon after, it would also drop from 9 million to 6 million.

According to Squarefoot.com.hk website statistics, this year, there were 190 locations in Hong Kong Special Administrative Region that were deadly because of unnatural causes, including the murder and suicide. As a rule, real estate brokers are not allowed to disclose to the customer about that abnormality, however, they should provide information if requested by the customer, the Operations and Supervision Agency of Hong Kong real estate broker said. 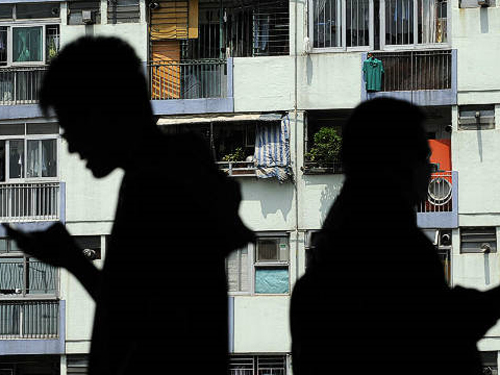 In the first 7 months of this year, there were 14 murders reported by Hong Kong police. This makes the Hong Kong housing market difficult, to the point of appearing 50% discount ads for those who dare to rent, buy apartments that used to be homicide scene.