5 most exotic abandoned real estate projects in the world

Not every business decision is smart, especially in real estate.

The world does not lack impressive houses, hotels and resorts but is no longer used. Whether it is for economy, finance or for any reason, these works have become ruined monuments, reminiscent of a sad past.

Entrepreneur Nikolai Petrovich Sutyagin in Arkhangelsk, Russia began construction of a giant wooden house in 1992. The building is nearly 44 m high with 13 floors and it takes more than 15 years to build. When completed, some people call this “the eighth wonder of the world”. 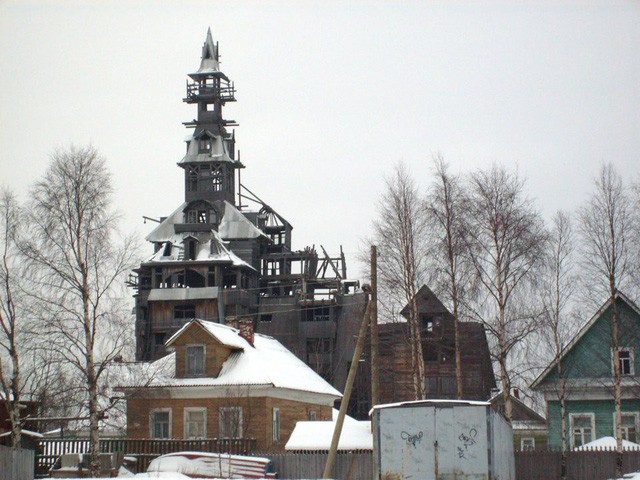 Sutyagin said the impressive height of the house was an accident. “I first added 3 floors but then the house looked ungainly, like a mushroom. So I added another floor and it was still not good so I continued to build”, Sutyagin told the Daily Telegraph.

Sanzhi Pod City construction was built in 1978 as a seaside resort for US troops in Taiwan. Every house in the city is built like a UFO, becoming a town of the future. 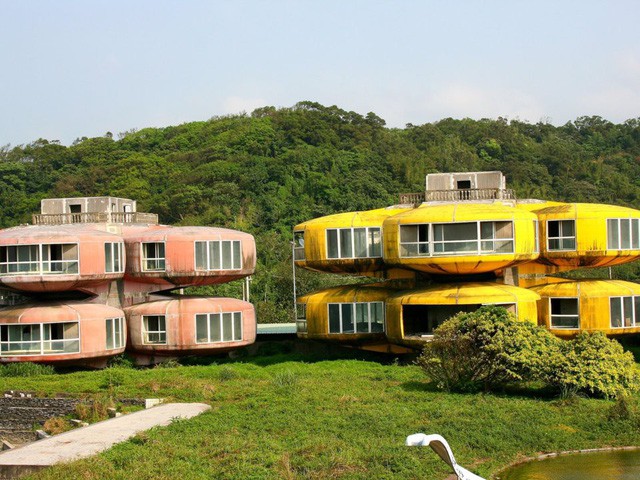 The city was never opened because of investment losses in 1980. The cause behind is not clarified. Because many workers committed suicide during construction, people believed that the city was haunted. Another theory is that there is a Dutch graveyard beneath the buildings.

In 1987, North Korea built a 107-story pyramid in the capital of Pyongyang to build a hotel, but had never welcomed any guests for decades. Ryugyong Hotel is always in the dark, except for the light on the top to warn the aircraft. 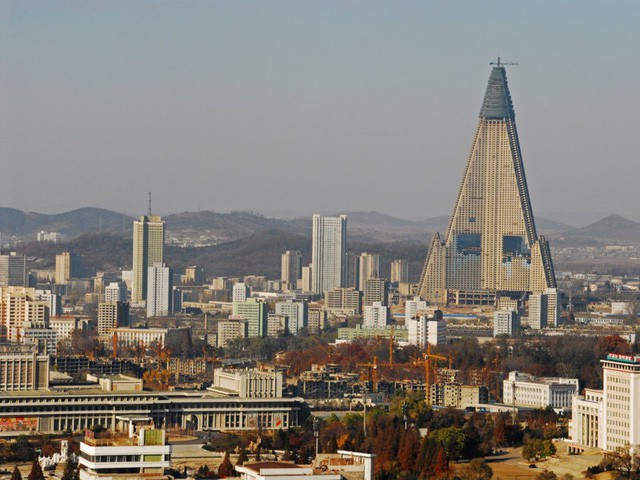 The hotel is currently the tallest uninhabited building in the world. The construction plan is expected to be 2 years but has lasted for many years. When the Soviet Union collapsed in 1991, North Korea entered an economic crisis and the project had to be suspended indefinitely. By 2008, the government began renovating the exterior, completed in 2011. However, the building is still closed. Image:

In 2018, the government turned the building into a light show. With 100,000 LEDs, the building glows with photos of political leaders, events and monuments but the interior is still dark.

In 2014, a developer began building a series of villas like miniature castles. The community, called Burj Al Babas, is located at the foot of the northwest mountain of Turkey in the town of Mudurnu. The house is identical, with an elaborately designed blue and beautiful roof to the royal level. 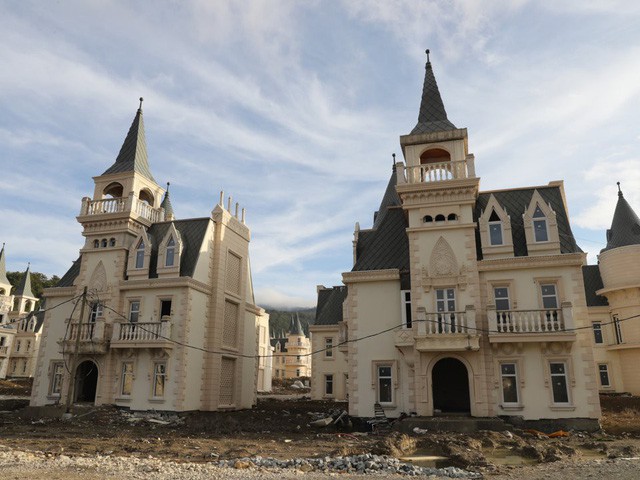 Many buyers withdrew from the agreement when Turkey experienced economic recession, leaving the town abandoned. Developers apply for bankruptcy protection when all buyers leave. Political instability, higher inflation and falling oil prices all contributed to this collapse. Burj Al Babas hopes to reopen at the end of 2019. 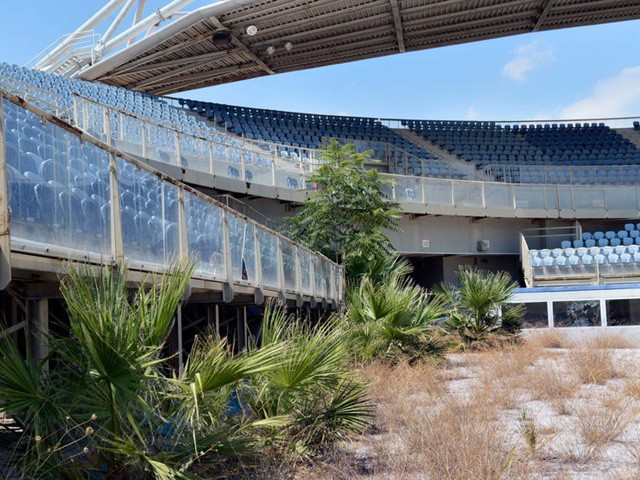 The Greek government spent a large amount of money to build the infrastructure for the 2004 Olympics in Athens, but now all buildings are abandoned. This situation is quite common in countries that have hosted but the case of Athens is more special because it exceeds 15 billion USD compared to the budget. When Greece had serious economic problems, the Olympics became ruined because they were not used.

This entry was posted in General and tagged buildings, business, Real Estate, wonder of the world. Bookmark the permalink.